“Music is the divine way to tell beautiful, poetic things to the heart.”

Students, past and present, are what Da Vinci Waldorf School is all about. Our alumni are our reputation. We are indescribably proud of their remarkable achievements and contributions, and eager to cheer them on as they make their mark on the world! Submit alumni news anytime, here!

David is a sophomore at Grayslake Central High School and has a very active social life. His favorite subjects are science, English and gym, and he plans to be a computer programmer one day. He enjoys skateboarding, paddle boarding and having fun with friends.

Iris is a sophomore at Carmel Catholic High School where she is on the honor roll. She is involved in band and string ensemble, and is on the lights crew for the spring musical.

Greg is a senior at Barrington High School. He takes part in school plays, musicals, choir, X (an a cappella singing group), and plays cello in the orchestra. He enjoys physics, math and performing arts and is just beginning his college search.

Olivia is a junior at Beloit College where she is majoring in theater and recently played Lady MacBeth. She is a singer-songwriter and violinist, performing throughout Chicagoland. She served as a delegate for Bernie Sanders in the 2016 presidential election and plans to combine her passion for performance, social justice and Spanish language as she studies abroad in Ecuador this fall.

Nate graduated in December 2018 from University of Illinois Urbana/ Champaign with highest honors and a degree in computer science.  He now works at Google in California.

Tim just graduated from Carmel Catholic High School. Attending business and film/photography classes at Carmel inspired him to pursue them through college. He is off to study entrepreneurship and film at Bishop’s University in Sherbrooke, Québec.

Nikala went to College of Lake County, where she completed an Associate Degree in Arts and Science. She was an honor roll student and president of Environmental Club. She is excited to further her education this coming year studying linguistics. She intends to become fluent in a few languages and travel the world volunteering. 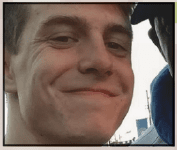 Shane is a student at College of Lake County, where he is studying to become a certified yoga instructor. He is planning on playing basketball for the school in the 2017-18 season. During his free time he likes hanging out with his friends or going to visit them at their schools. 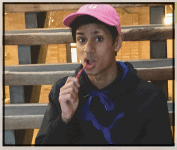 Dilip just graduated from Barrington High School and is currently deciding where to go to college. He does theater production and plays the violin in the school orchestra. He plans to continue playing and performing as much as he can, whether that be in an orchestra or on his own. 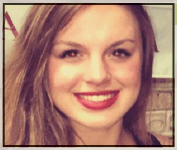 Monica is currently a junior at Lake Forest College, majoring in Business and minoring in Entrepreneurship and Mandarin Chinese. She has studied Mandarin for six years and intends to study abroad in China next year. She is considering a career in international business and wealth management, and is excited to see what the future brings. 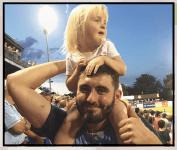 Nick is working for a company that installs athletic floors in high schools and colleges. When he is home between jobs he enjoys spending time with family and friends, especially his baby sister, who is in Parent-Child class at DVWS! 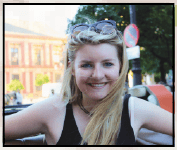 Nila has been attending McHenry County College for the past 2 years, in​ lieu of public high school. ​She is a nanny for two boys after school on week days. She hopes to become​ a ​special ed teacher or an occupational therapist. N is this year’s DVWS Take Flight Grant winner!

Willow is a senior at Beloit College in Wisconsin, majoring in political science and serving as Student Congress president. She is active in dance productions and recently joined the Theta Pi Gamma Sorority. Her goal is to teach English as a second language for a year in Germany through the Fulbright program and then pursue her JD degree and fight for human rights and environmental issues.

Ashley is mom to a 1-year old boy. She is certified daycare teacher. She attended Baker College in Muskegon, MI and hopes to finish school with a degree in business management.

Grace is a sophomore at Carmel Catholic High School, where she is on the honor roll. In her spare time she enjoys anything NHL, especially the Chicago Blackhawks. She plans to attend college and aspires to become a Nurse Midwife.

Sadie is a sophomore at Carmel Catholic High School where she is on the honor roll. This year she discovered her inner geek and fell in love with physics! Apart from school work she enjoys track, running cross country, and spending time with friends.

Grace is a senior at Lake Zurich High School, and has been invited to join the Honor Society. She is considering colleges that will enable her to become a successful illustrator. She served as an artist-in-training at Zagone Studios in Melrose Park this past summer. She recently won a National Scholastic Medal for comic art and was recognized at Carnegie Hall in June.

Alma is a senior at Cary Grove High School. She is active in the Spanish club and mentors a Syrian refugee family through the organization Refugee One. She is passionate about playing piano, ukulele, violin and singing. She is grateful for her good friends from DVWS.

Garrett is a sophomore at Wauconda High School. He is on the honor roll, is a member of FBLA (Future Business Leaders of America), and enjoys art and cooking.

Tyler is in his 3rd year at the School of the Art Institute of Chicago and is hoping to shake up the art world when he graduates in 2018.

Charlie is currently a junior at Lake Zurich High School. He belongs to the Interact Club, where students volunteer their time to support their local community. He plays soccer for both the high school and the Ela travel soccer team.

Elise is a junior at Richmond-Burton High School in Spring Grove. She is an honor student and enjoys playing flute in the band and singing in chamber choir.

Jeffrey is a sophomore at Tamarack Waldorf High School in Milwaukee. His favorite subjects are art and guitar. He enjoyed architecture camp this past summer.

Johnny just graduated from Wauconda High School. His favorite class was creative writing. He is off to Columbia College in Chicago to study film.

Katie is a junior at Cary Grove High School where she is on the honor roll. She helped with costuming for their performance of Evita and has been a member of the choir for two years. She is active in voice and dance.

Molly Kate is a junior at Wauconda High School where she enjoys musical theater and dance, Bulldogs dance & poms team and show choir. She is beginning to think about college choices and is considering becoming a choreographer for her career.

Will is a freshman at Cary Grove High School. He is all about his friends and enjoys time with them above all else. He enjoys playing basketball and hopes to make the high school team. He is also a member of the Fishing Club!

Gerson A. and Christine G.

I cannot say enough good things about the well rounded education my kids are receiving at Da Vinci. Waldorf has instilled such creativity and a deep love of learning in both of my children. They are not just learning facts and numbers. They are learning how to learn and how to think and do and create as well.
Da Vinci Waldorf School
5
2017-09-09T00:46:31-05:00

I cannot say enough good things about the well rounded education my kids are receiving at Da Vinci. Waldorf has instilled such creativity and a deep love of learning in both of my children. They are not just learning facts and numbers. They are learning how to learn and how to think and do and create as well.
https://davinciwaldorfschool.org/testimonials/randall-c/