Our resourceful second graders gathered as many flakes of snow as they could find to build a snow fort during the thaw in mid-January. 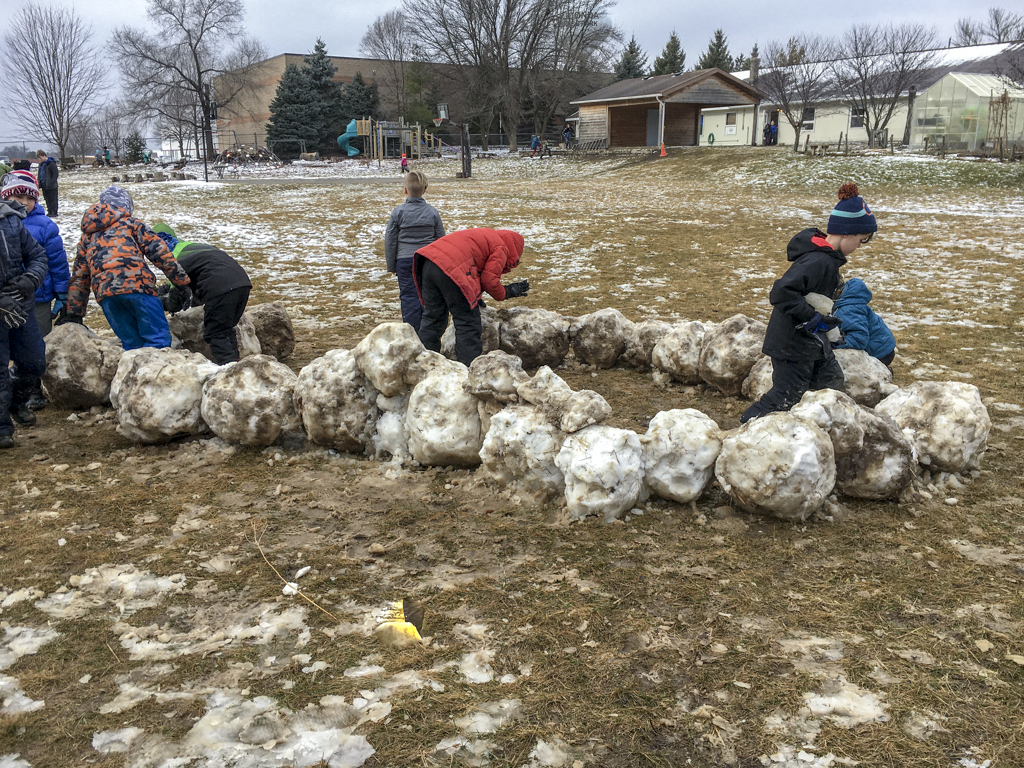 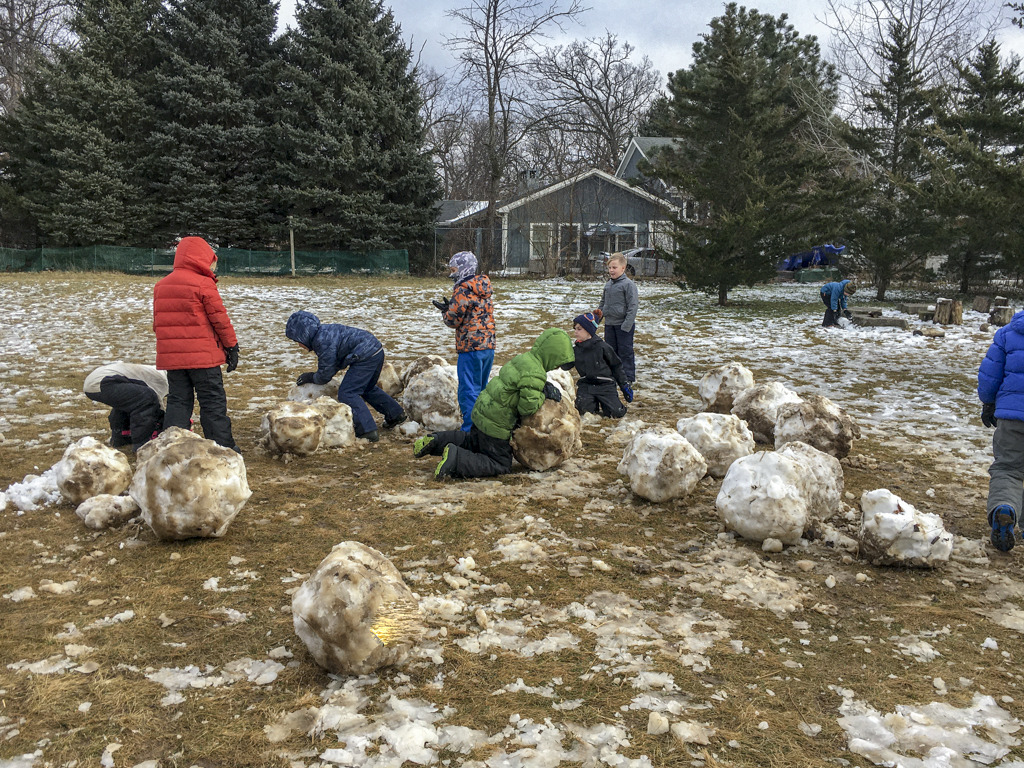 The second graders have been working on acting out “Go, Dog, Go!,” which they now know well enough to draw out as a ”comic”. 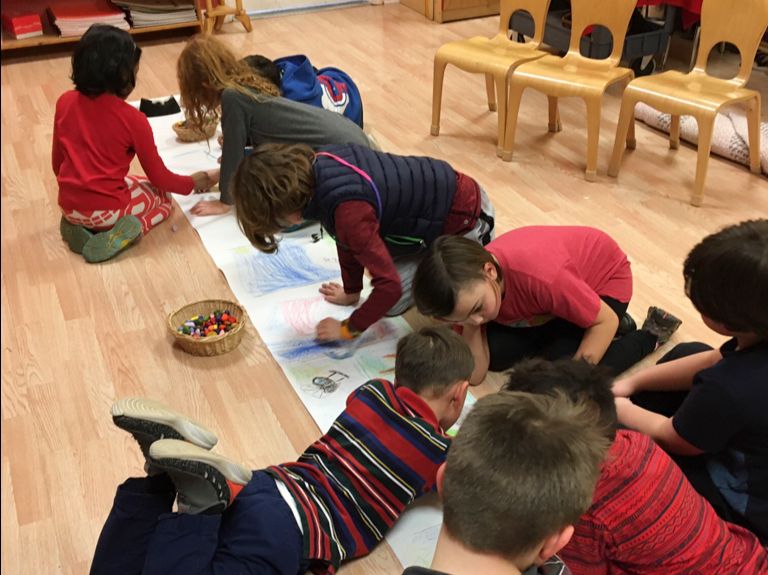 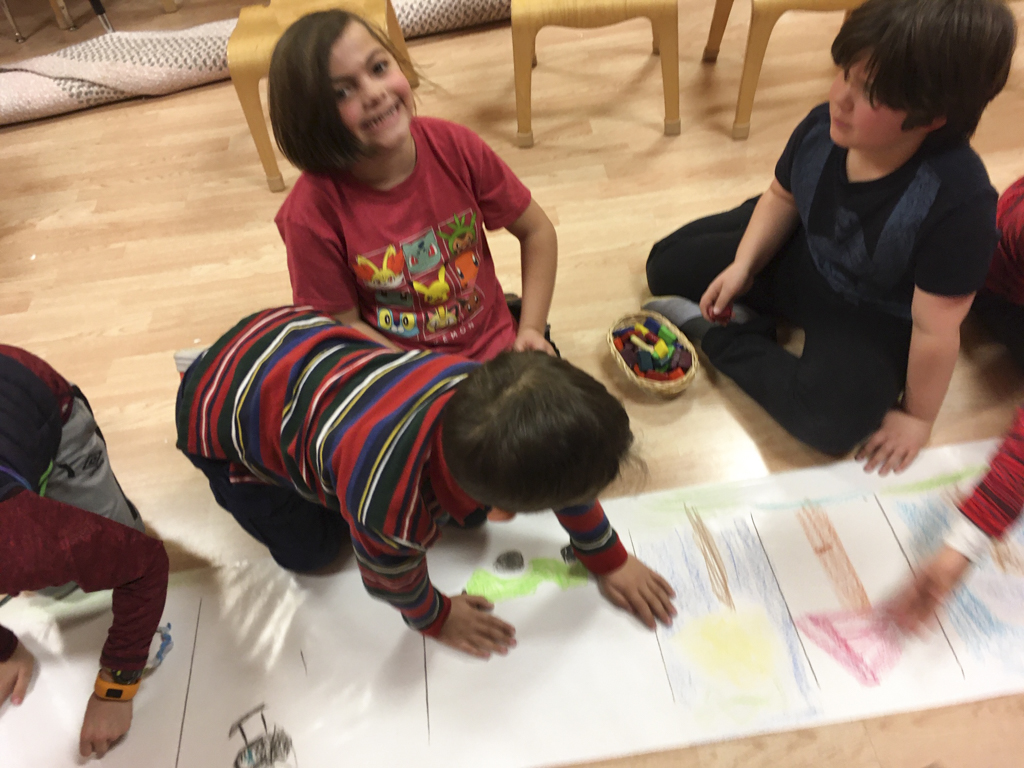 Second graders having fun making an igloo during movement class with Mrs. Faden. 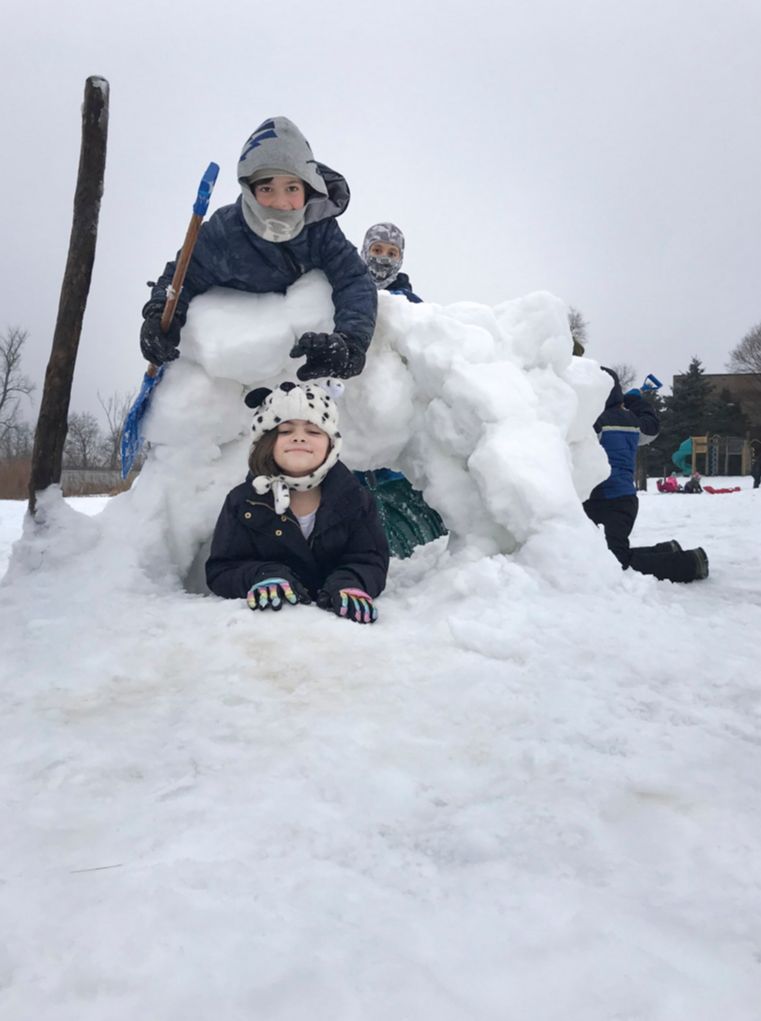 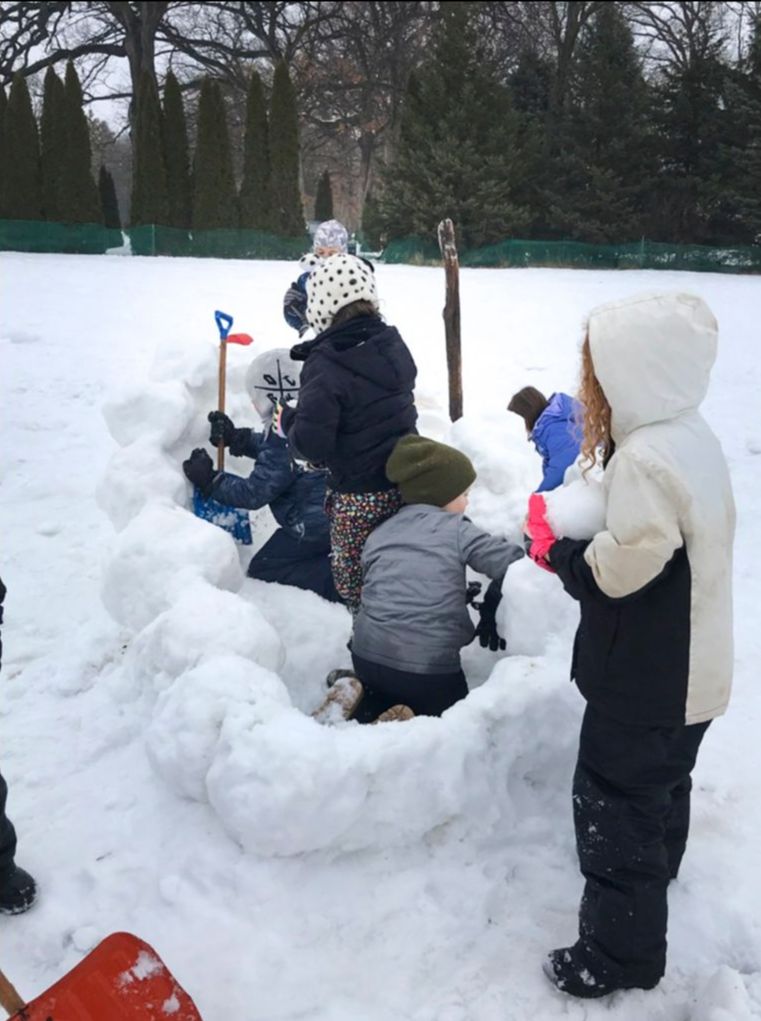